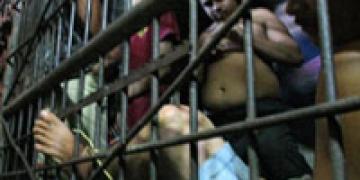 More
The 2006 rape and murder of local woman Doris Ivania Alvarado Jimenez, 25, in the sleepy seaside town of San Juan del Sur, Nicaragua, came to highlight much more than just the horrific crime itself. When her ex-boyfriend, American Eric Volz, was convicted of the murder, despite being two hours away in the capital city at the time, the case became less of a quest for justice and more of an expression of anti-American sentiment, a clash of coloniser and colonised and of emotion over reason.

Eric Volz was born on 19 May 1979, the son of a former member of the Christian rock band ‘The 77s’. His early years were spent in Sacramento, California before the family moved to Nashville, Tennessee. He began climbing at age 11 and after high school he moved to Meyers, California, where he worked as a carpenter, as a DJ at a local bar and pursued rock climbing.
Volz attended the University of California, San Diego, where he majored in Latin American Studies. After graduation in 2005 Volz, fluent in Spanish from Mexican heritage on his mother’s side, moved to Nicaragua, Central America. He settled in San Juan del Sur, a fishing town and tourist destination, with a population of about 20,000 people, on the Pacific coast.
Volz sold real estate for the Century 21 company, becoming successful in the booming real estate business, particularly with an influx of Americans wanting to snap up relatively cheap pieces of paradise. With the money he accumulated from real estate Volz set up the bilingual magazine, EP, short for El Puente, ‘the bridge’. EP magazine was devoted to furthering understanding between the ‘gringo’, or foreigner culture, and local Nicaraguans, as well as promoting sustainable development and eco-tourism.
In San Juan del Sur, Volz dated local woman Doris Jimenez. The pair was together for a year but had separated amicably by mid-2006. Volz moved to the capital city, Managua, to further EP which was gaining a name for itself and was proving a viable business opportunity.