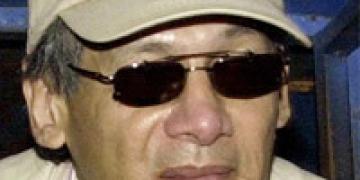 More
Variously described as ‘Asia’s premier serial killer’, ‘The Serpent’ and ‘The Bikini Killer’, Charles Sobhraj was an infamous con artist, drug dealer, jewel thief and cold-blooded murderer. Through the 1960s and 1970s, he wove his guileful and lethal web of deceit and crime, evading authorities from numerous countries. Skilled at befriending people, his victims were usually vulnerable Western tourists in Southeast Asia. In and out of prison, he led a life of risk, manipulation and conspiracy that eventually made him a media celebrity. Never convicted for all his crimes, Sobhraj is estimated by some to have committed over 20 murders, whilst others put this number at 32. He was in Tihar prison, India for one murder, from 1976 to 1997. Rearrested in 2004, he is currently serving a life imprisonment sentence in Kathmandu, Nepal, for a double murder in 1975.

He was born Charles Gurmukh Sobhraj in Saigon, Vietnam, which was under French rule at the time, and later claimed French nationality because of this. His unmarried mother was Vietnamese, with some sources naming her Noy and others, Song. His father was a Sindhi Indian from Mumbai and deserted the family soon after Sobhraj’s birth. Sobhraj was adopted by his mother’s new boyfriend, Alphonse Darreau, a French lieutenant stationed in Saigon. The couple married and the family moved to Marseille, France.

Sobhraj had an unsettled childhood, as the family moved constantly between France and Indochina, never feeling quite at home in either place. At a fairly young age, Sobhraj began to display personality problems and discipline became an issue. In his teens, he turned to petty crime, which soon began to escalate out of control.